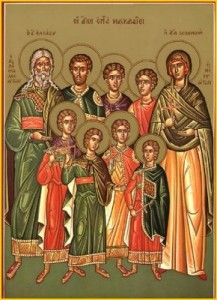 Today, Jesus meets some Sadducees who try to trip Him up with a Bible question.  Does it work?

St. Luke describes for us an encounter Jesus had with a group of Sadducees, and we need to understand who they were in order to best appreciate it.  The Ignatius Catholic Study Bible (pg 89) says:

“The Sadducees emerged as a political and religious interest group around the second century B.C.  Their name is derived from the high priest Zadok, who served under King Solomon (1 Kings 2:35) and whose descendants were granted exclusive rights to minister in Jerusalem (Ezek 40:46).  In Jesus’ day, it was likely that many Sadducees were wealthy and held important positions in the Holy City.  As a group, they were opposed to the Pharisees, because they sought to maintain the status quo with Rome.  They believed that living peaceably with the governing Romans was the best way for Judaism to successfully weather the storm of foreign rule.  Even more distinctive of the Sadducees were their doctrinal beliefs, or, more accurately, their unbeliefs.  They opposed every doctrine not explicitly taught in the Pentateuch, the first five books of the Bible.  Therefore, they expressly denied:  (1) an afterlife with rewards and punishments for the righteous and wicked (2) the immortality of the soul (3) the resurrection of the body and (4) the existence of angels or spirits (see Acts 23:6-8).”

When we know this background, we can see that the question the Sadducees put to Jesus was an attempt to trap Him in a contradiction of Moses, the author of the Pentateuch.  If there were such a thing as resurrection, they proposed, there would be terrible confusion over whose wife the childless woman, instructed by Mosaic law to marry the brothers of her dead husbands, would be.  What mistake were the Sadducees making?  Because they were certain that Moses did not explicitly teach about the afterlife, they were confident it did not exist.  They hoped to expose the awkwardness and sheer irrationality of the doctrine of resurrection if Jesus tried to answer their question.

The tables were turned on them, however, in Jesus’ masterful answer.  First, He acknowledges an afterlife in which righteousness is rewarded (“those deemed worthy to attain the coming age”).  Then, He suggests that Moses’ law was intended only for this earthly life; its silence about the afterlife did not negate its existence.  Jesus came to us from Heaven expressly to reveal and confirm what was only hinted at in the Old Testament.  The new information He gives about marriage is that it is for this life only, not the afterlife.  Jesus makes clear that the soul is immortal, because in the resurrection, men “can no longer die.”  He also confirms the existence of angels, saying that those who rise will be like immortal angels.  Finally, Jesus insists that evidence for the afterlife is given indirectly even by Moses himself.  When he wrote about his experience at the burning bush, he reports that God described Himself as “the God of Abraham, the God of Isaac, the God of Jacob.”  God’s identification with men who had been dead hundreds of years means that “He is not God of the dead, but of the living, for to Him all are alive.”

In one breathtaking sweep, Jesus overturns all the Sadducees’ doctrinal objections.  With wonderful clarity, He gives us a window into the life of the world to come—a world in which death has been conquered and life never ends.  A trap turns into a remarkably beautiful teaching from Jesus.  Isn’t that just like Him?

Possible response:  Lord Jesus, thank You for making the impossible—life beyond death—possible.

Here we have another reading about seven brothers, although these men were not all marrying the same woman.  They were facing martyrdom for refusing to violate the Jewish prohibition against eating pork being pressed on them by the pagan king who ruled over Judah at that time.  The brothers were “ready to die rather than transgress the laws” of their ancestors.  Where did they get such courage?

We can see that these men had a rock-like confidence in the afterlife, where “the King of the world will raise us up to live again forever.”  They understood that they had received their bodies (and all their body parts) “from Heaven,” and they were willing to let them go in the “hope to receive them again.”  Their anticipation of the resurrection gave them courage that “even the king and his attendants” marveled over; it enabled them to regard their “sufferings as nothing.”

When the fourth brother was near death, he confessed his belief that his steadfastness in faith would be rewarded by God, but he warned his persecutors that “for you, there will be no resurrection to life.”  We can see here many of the beliefs about the afterlife that were taken up in Jesus’ response to the Sadducees in our Gospel.  A doctrine of personal, bodily resurrection after a life of faithfulness was slow to develop for the Jews, but by the time of the Maccabees, several hundred years before Jesus appeared, it was well established.  Jesus thought the Sadducees should have taken their cue from Moses at the burning bush, which happened about 1500 years before Jesus.  To know this life is not an end in itself but a preparation for the life to come means that we will, paradoxically, live this life much better, no matter what we face, even martyrdom.

Possible response:  Lord Jesus, help me make decisions in this life with the confidence these brothers had that life here isn’t an end in itself.

Keeping in mind the theme of our readings thus far—life in God’s presence after death as reward for righteousness—we will find this psalm quite fitting.  The psalmist asks God to hear him, a man who prays “from lips without deceit.”  He keeps his steps “steadfast” in God’s paths and calls out for God to hear him.  He makes a remarkable request of God, one that could only come from a relationship of tender love and confidence:  “Keep me as the apple of Your eye, hide me in the shadow of Your wings.”  Have we ever prayed this way?  The psalmist believes that “on waking I shall be content in Your presence.”  We, too, believe that when we awake from the sleep of death in the resurrection, we shall behold God’s face.  We are waiting for that day; in anticipation, meanwhile, we can sing:  “Lord, when Your glory appears, my joy will be full.”

If we are thinking now about the resurrection as a reward for those who are “deemed worthy” of it, as Jesus says in the Gospel, we might start to get nervous.  We know ourselves; we know that we have faltered and failed, been fickle and indifferent, have not always zealously pursued righteousness.  What about us?

This portion of St. Paul’s letter to his Christian friends helps us see that through our faith in Jesus—our willingness to believe He died and rose for our sins, which is what St. Paul preached and the Thessalonians believed—we can become truly righteous, through God’s grace.  None of us gain heaven by being good enough.  That is why Jesus is called our Savior.  Through our faith in Him, says St. Paul, “the Lord Jesus Christ Himself and God our Father, Who has loved us and given us everlasting encouragement and good hope through His grace,” is the One Who encourages our hearts and strengthens them “in every good deed and word.”  We are not left to ourselves to live a life worthy of heaven.  As St. Paul says elsewhere, God is at work in us, “both to will and to work for His good pleasure” (see Phil 2:13).  We can see this gracious reality woven through St. Paul’s words to the Thessalonians.  He asks them to pray for him, especially for protection from wicked people; he knows God will do this because “the Lord is faithful.”  He strengthens and guards His people “from the evil one.”  All the emphasis in these verses is on God’s great work in His children to enable them to live worthy of His calling:  “May the Lord direct your hearts to the love of God and to the endurance of Christ.”

We can hope for our own resurrection when we put all our hope in Jesus and doing what the Lord instructs us to do.  He will bring us safely home.

Possible response:  Heavenly Father, I thank You that my confidence in life after death comes from Your great love for me and the promise of Your help to attain it.

One thought on “Thirty-second Sunday in Ordinary Time—November 10, 2013”