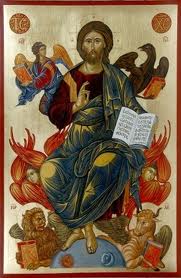 In speaking to a large crowd gathered to hear Him, Jesus starts talking about money.  How uncomfortable.

In today’s Gospel, Jesus tells a parable in which a slightly sleazy steward becomes the hero of the story.  Very odd!  We must place this parable in its context in order to fully understand it.  Remember that in the previous chapter, not only were His disciples in attendance, but the Pharisees were, too (see 15:1-2).  They were full of criticism of Jesus for welcoming sinners and eating with them.  That criticism prompted the parable of the Prodigal Son.  Now, Jesus once again addresses His disciples, but the Pharisees were still there.  In Lk 16:14, the very first verse after our Gospel reading about money, St. Luke writes:  “The Pharisees, who were lovers of money, heard all this and scoffed at Him.”  So, this story is meant for that larger audience, both followers and critical skeptics.

The parable is about a steward who had squandered his master’s money and was about to be fired.  He began to worry about his future without a job:  “I am not strong enough to dig, and I am ashamed to beg.”  Was he a lazy and proud man?  Perhaps he was, but he was also shrewd.  He decided he needed friends, lots of them, who might welcome him into their homes when he was removed from his stewardship.  How could he get instant friends?  He visited his master’s debtors “one by one” and reduced their debts (a sure way to win friends and influence people, even in our day).  To them, of course, he immediately became a good guy.  Even his master, who got cheated out of some of his money, was impressed with the steward “for acting prudently.”

We know Jesus wasn’t encouraging us to be dishonest, as the steward was, so what was His point in telling this parable?  “For the children of this world are more prudent in dealing with their own generation than are the children of light.”  Jesus suggests that those who want to follow Him, or even those simply listening to Him, would do well to think about their personal eternal futures with the same prudence as the steward prepared for his temporal one.  How can that be accomplished?  “I tell you, make friends for yourselves with dishonest wealth, so that when it fails, you will be welcomed into eternal dwellings.”  Notice that Jesus is now addressing people in the crowd who, in one way or another, have ever been dishonest in how they acquired their money.  He is urging them to use that “dishonest wealth” in a way that will gain them virtue and salvation, a place among God’s friends in heaven.  Later in this Gospel, Jesus will have an opportunity to provide a living example of this in His encounter with Zaccheus, the tax collector (see 19:1-10).  Everyone knew that tax collectors profited from extorting money as they collected taxes.  When Jesus went into his house to visit him, a conversion took place:  “Zaccheus stood and said to the Lord, ‘The half of my goods I give to the poor; and if I have defrauded anyone, I restore it fourfold.’   And Jesus said to him, ‘Today salvation has come to this house.’”  He was a man who used his “dishonest wealth” in exactly the way Jesus describes here.

In talking about how men get and use their money, Jesus reveals a profound truth:  “The person who is trustworthy in very small matters is also trustworthy in great ones.”  Likewise, dishonesty in “small matters” means dishonesty in “great ones.”  Compared to our eternal future, our money is a “small matter.”  If we desire the treasure of eternal life with God, we will pay attention to honesty in all the details of our lives.  Living this way, we can be assured that God will entrust to us the pearl of great price, forgiveness and redemption in Christ Jesus, our inheritance as His children.  Then Jesus addresses again those who have gained “dishonest wealth”:  “If you are not trustworthy with what belongs to another, who will give you what is yours?”  The untrustworthy eventually lose both their temporal and eternal treasure.

Now, Jesus gets to the real root of the problem all of us have with money.  It wants to master us, to enslave us.  We think we possess it, but it actually wants to possess us:  “No servant can serve two masters.  He will either hate one and love the other, or be devoted to one and despise the other.  You cannot serve both God and mammon.”  It was this final statement that caused the Pharisees to scoff.  They were sure they could keep love of God and money in balance.  They did not believe their love of money could sabotage their relationship with God.

The prophet, Amos, warned those with “dishonest wealth” in his day about the outcome of their treachery.  These people were full of plans to make ever more money, even though it meant trampling the needy and destroying the poor.  Money had become their god, just as Jesus warned against in the Gospel.  In fact, they were impatient with the Jewish religious observances (“new moon” and “Sabbath”) that prohibited them from working and thus losing money.  They were so eaten up with love of money that they were willing to cheat and exploit “the lowly.”

What was their future with God going to be?  “Never will I forget a thing they have done!”

Possible response:  Heavenly Father, thank You for this frightening picture of what happens to us when love of money consumes us.  It is good medicine for me.

The psalmist gives us a glimpse of the future of the poor who put their trust in God.  We find this contrasts sharply with the future of those dishonestly rich, described in our First Reading:  “[God] raises up the lowly from the dust; from the dunghill He lifts up the poor to seat them with princes, with the princes of His own people.”  Better to be poor, with only God as our hope, than dishonestly rich, without God’s friendship forever (“blessed are the poor in spirit, for theirs is the kingdom of heaven”).  Temporal poverty won’t last.  Therefore, we can sing, “Praise the Lord, Who lifts up the poor.”

This reading can seem unrelated to our Gospel theme of the love of God rather than money.  Although it is not specifically about wealth or poverty, it has the great value of describing for us the kind of life that really matters, the life God wants for all men.  St. Paul asks that prayers be made for “everyone” and especially for “kings and for all in authority.”  Why?  “That we may lead a quiet and tranquil life in all devotion and dignity.”  This is the goal of our temporal life—a preparation for the next one in eternity.  The civil order should allow that to be possible for all of us, because this is “good and pleasing to God our Savior.”  Civil unrest, persecution, unjust laws, and, yes, love of money can all put this kind of life at risk.  St. Paul wants all of us to pray to this end, so that we can live “without anger or argument.”  To serve God and not money makes us much more fit to pursue it.

Possible response:  Lord Jesus, I long to live a “quiet and tranquil life in all devotion and dignity.”  Help me recognize what takes me away from this and to avoid it.