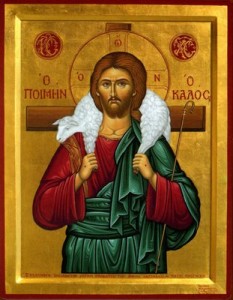 The religious elites of Jesus’ day complained because He ate with sinners.  He is still doing that in the Mass.  Why?

St. Luke tells us “tax collectors and sinners were all drawing near to listen to Jesus.”  In Jewish society, these people were outcasts.  The tax collectors were hated for colluding with the oppressive Roman government.  The “sinners” were people who had publicly broken the Law of Moses.  Yet, they were drawn to Jesus.  They wanted to hear what He had to say.  Jesus’ willingness to “welcome sinners and eat with them” greatly provoked the Pharisees and scribes.  Why would a rabbi, a trusted teacher in Israel, share table fellowship with people who had, in one way or another, repudiated their Jewish covenant with God?  His critics judged Him harshly for this.

Jesus uses three parables to remind the religious elites of something they had forgotten about God.  Yes, He cares about righteousness and justice.  Yes, He calls His people to live in a way that reflects their relationship with Him.  However, He is more than simply a just Judge.  He is merciful.

The parables of the lost sheep and coin set the stage for the parable Jesus really wants to tell His critics.  He points to a well-known experience in human life—when we lose something, search hard for it, and finally find it, we want to celebrate by sharing our joy with others:  “Rejoice with me because I have found my lost sheep … the coin I lost.”  Jesus says this kind of familiar joy on earth is also experienced among the angels in heaven “over one sinner who repents.”  So, these parables make clear that God considers repentant sinners to be His lost treasures, for whom He has long searched; they are not His enemies.

Now, Jesus moves into a story that will help His critics identify themselves and recognize their own problem, not His.  It is the beloved parable of the prodigal son.  A father has two sons; the younger one demands his inheritance from his father and bolts.  In this, he utterly rejects his Jewish covenant, the one in which he was circumcised and raised.  He goes “off to a distant country where he squandered his inheritance on a life of dissipation.”  He couldn’t have been more sinful than that!  However, when the consequences of his bad choices kick in, they are so painful that they jolt him back to his “senses.”  What are his “senses”?  He remembers the just life his father had always lived.  In other words, the light and winsomeness of a faithful covenant life penetrated his darkness.  He resolved to return to his father, repent, and ask for mercy.  He knew he deserved to lose his sonship; he counted on his father’s mercy to accept him simply as a hired worker.

Upon his return, the joy of the father erupts and overflows onto his son, who cannot even finish his full confession.  Forget the “hired worker” life!  The father dresses him in fine clothing (discarding what surely must have been the soiled and tattered rags he was wearing), and throws a huge party:  “Then let us celebrate with a feast, because this son of mine was dead, and has come to life again; he was lost, and has been found.”  There was great merriment in that household over the repentant sinner except for the older brother, the one who had never repudiated life with his father.  He was disgusted with the lavish party his father threw for his wastrel brother.  He wouldn’t even go into the house.

The father comes out to explain:  “My son, you are here with me always; everything I have is yours.”  Did the Pharisees and scribes who criticized Jesus recognize themselves now in this story?  They were the ones who had tried to keep the covenant.  They had not lost their inheritance from God.  However, their younger, foolish brothers (the tax collectors and sinners) had grieved their Father’s heart by their rebellion.  When Jesus called them to repent and believe in the Gospel, they became like the younger son in the parable.  The Father says, “We must celebrate and rejoice, because your brother was dead and has come to life again; he was lost and has been found.”

Is it any wonder that Jesus told the apostles to celebrate a meal as the centerpiece of their worship after He departed for heaven?  He continues to welcome repentant sinners to His table; we are those who were dead and have come to life again.  The Father rejoices over us.

Possible response:  Heavenly Father, help me remember that when I turn away from my sin and turn to you, I give You great joy.

Here we have a conversation between God and Moses after the Israelites, fresh from deliverance from Egypt, broke the covenant with God into which they were willingly sealed with blood (see Ex 24:3-8).  God explodes in anger:  “Let Me alone,” He says to Moses, “that My wrath may blaze up against them to consume them.  Then I will make of you a great nation.”

Wait a minute.  What happened to the merciful God Jesus taught about in His parables?  This looks much more like the reaction to sinners that the Pharisees and scribes thought appropriate.  After all, the people had freely entered the covenant at Mt. Sinai, and it clearly stipulated that death was the penalty for breaking it.  It was time for justice.  Let the fire and brimstone begin

“But Moses implored the Lord.”  Moses urges God to have mercy on sinners.  He gives excellent reasons for God to spare them.  They are His “own people,” and God had sworn a promise to their forefathers that they would be His “perpetual heritage.”  This intercession worked; “the Lord relented in the punishment He had threatened to inflict on His people.”  What are we to make of this?

First, we must ask why Moses wanted God to spare this stiff-necked people who had made his own life miserable at times (see Ex 17:4).  Where did Moses get this impulse for mercy?  He was, himself, a murderer who had once fled justice for killing an Egyptian.  He balked when God appeared to him at the burning bush: he did not want to deliver the Israelites.  The only explanation for this dramatic change in him is what God told him when He first called him:  “I will be with you” (see Ex 3:12).  God’s Spirit was upon Moses; he was anointed to be the leader of God’s people.  In the exchange between them in our reading, we can see that God takes the part of justice, and He allows Moses to take the part of mercy, standing in for sinners to preserve their lives.  God punished the people, but their lives as His people were preserved.

God agrees to Moses’ request because he is a pre-figuring of Jesus, Who steps in to appease God’s justice on the Cross and gains for all sinners God’s ocean of mercy.  This kind of redemptive mercy is a constant theme of the Old Testament, beginning in the Garden of Eden.  The religious elites who criticized Jesus in our Gospel should have known this.  When they complained that Jesus welcomed sinners and ate with them, He could have legitimately answered, “Well, why wouldn’t I?”

Possible response:  Heavenly Father, thank You that You have always had a plan for justice and mercy to meet, to kiss—Jesus.

This psalm is traditionally attributed to David, king of Israel, after his sins of adultery and murder.  It is full of the contrition and repentance of a sinner:  “Have mercy on me, O God, in Your goodness; in the greatness of Your compassion wipe out my offense.”  Here again we see that in the history of God and His people, those anointed with the Holy Spirit, like Moses and David, know that God is merciful.  When we make an offering to the Lord of a humble and contrite heart, we know He “will not spurn” us.  We can always sing, “I will rise and go to my Father.”

St. Paul gives us a moving personal testimony about the mercy of God on sinners.  He had been a “blasphemer and a persecutor and arrogant.”  Yet God chose him to be an apostle, because he had “acted out of ignorance” in his unbelief.  Recall that from the Cross, Jesus pleaded for God’s mercy for those who killed him, blaming their ignorance, not wickedness.  How much of what we judge in sinners comes from ignorance, not wickedness?  St. Paul goes on to assure us:  “Christ Jesus came into the world to save sinners.  Of these I am the foremost.”  He understood that his conversion was (and always will be) living proof of the patience and kindness of God.

Possible response:  Heavenly Father, help me have the same patience and kindness for sinners that You have shown me, a sinner in need of Your mercy.

One thought on “Twenty-fourth Sunday in Ordinary Time—September 15, 2013”